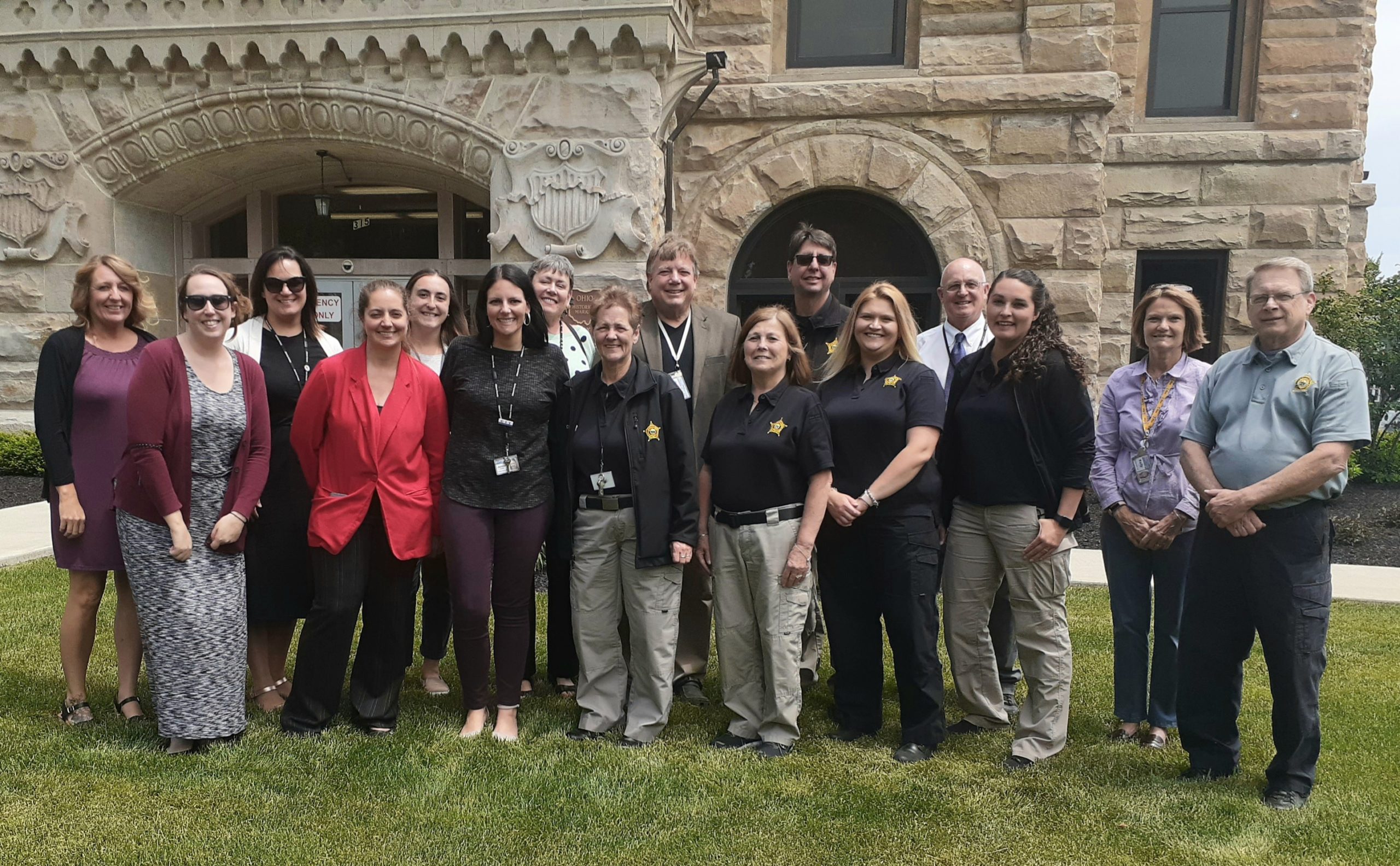 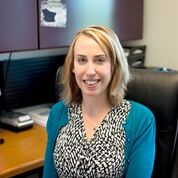 Katelyn Ritzler is a graduate of Sacred Heart High School in Louisville, Kentucky and earned a Bachelor of Arts in Sociology and Anthropology from Denison University.

Prior to working with the Court, Katelyn worked as a case manager for adolescents and teenagers, and worked with survivors of domestic violence in a shelter and community setting.

Katelyn began working with the Court in 2013. Her duties include overseeing the day-to-day operations and budget of the Court, monitoring the flow of the Court’s docket, administering grants, coordinating jury issues, and implementing programming.

Katelyn can be reached by email at kritzler@co.ottawa.oh.us 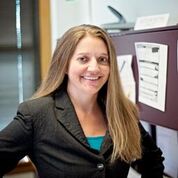 Prior to accepting a position as Staff Attorney and Magistrate with the Ottawa County Common Pleas Court, Magistrate Nation opened and continues to maintain her own law practice in Ottawa County, where she practices in the fields of bankruptcy, probate, business, domestic relations, juvenile, and criminal law.  In addition to her private practice and duties as the Staff Attorney and Magistrate, she serves as the Solicitor for the Villages of Rocky Ridge and Helena, and teaches at Terra State Community College.

Magistrate Nation accepted the position of Staff Attorney and Magistrate with the Ottawa County Common Pleas Court in 2010.  Her duties include legal research and writing for the Court, conducting conferences and hearings in various civil, criminal, and domestic cases, assisting with jury trials, preparing local rules, and monitoring the flow of the Court’s docket. 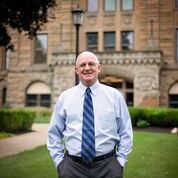 In his capacity as Magistrate, Magistrate Goodell acts as judicial hearing officer and has the authority to conduct trials, take witness testimony, make evidentiary rulings, and issue temporary orders as needed to regulate the Court proceedings. 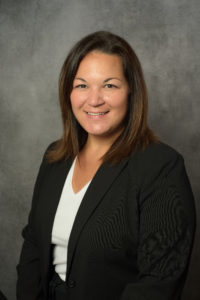 Magistrate Jess is a graduate of Oak Harbor High School and The University of Toledo, where she earned her Bachelor of Business Administration. Stephanie received her B.B.A. with honors as the College of Business Valedictorian, and she then attended The University of Toledo College of Law where she received her Juris Doctorate.

Prior to accepting the Staff Attorney/Magistrate position with the Ottawa County Common Pleas Court, Magistrate Jess worked as an Attorney at the Ottawa County Department of Job and Family Services in the areas of child support and child welfare. She also previously opened and operated her own law practice in Ottawa County, and continues to operate a limited practice assisting clients in juvenile, probate, and domestic relations law in the surrounding counties.

Magistrate Jess was appointed as a Staff Attorney and Magistrate with the Ottawa County Common Pleas Court in November 2020. Her duties include legal research and writing for the Court, conducting conferences and hearings in various domestic, criminal, and civil cases, assisting with jury trials, and monitoring the flow of the Court’s dockets. 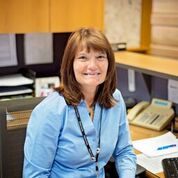 Kelly Lilie is a graduate of Port Clinton High School. After graduation, Kelly earned diplomas from the American Institute of Banking in General Banking and Commercial Lending.

Prior to working with the Court, Kelly worked for the Huntington National Bank for over 19 years in several capacities and multiple positions. She has worked with Ottawa County since 2000, starting in the Clerk of Courts as a deputy clerk.

Kelly began working for the Common Pleas Court in 2007 as the Administrative Assistant. Kelly is responsible for scheduling court hearings, sending notices to attorneys and parties, and preparing the Court’s calendar, docket, and files.  Other responsibilities include telephone communications, conference calls, dictation, preparing and distributing court documents, and preparing required reporting.

Kelly can be reached by email a klilie@co.ottawa.oh.us 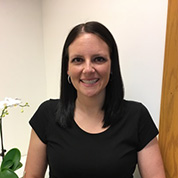 Jaimee Prieur is a graduate of Oak Harbor High School and a graduate of The University of Findlay where she earned a Bachelor of Liberal Arts Degree in Psychology with minors in Sociology and Criminal Justice. After completing her Bachelor’s Degree, Jaimee attended Bowling Green State University where she earned a Master of Arts in Mental Health Counseling. In 2014, Jaimee became a Licensed Professional Counselor and is currently a Licensed Professional Clinical Counselor, Training Supervision Designation.

Prior to her employment with the Ottawa County Court of Common Pleas, Jaimee worked for Unison Health in Toledo, OH as a Clinical Therapist, Clinical Specialist, and then Clinical Supervisor. Jaimee has provided services for both children and adults with mental health diagnoses and co-occurring substance use disorders.

In 2017, Jaimee accepted the position as the Mental Health Court Coordinator for the Ottawa County Court of Common Pleas. As the Mental Health Court Coordinator, Jaimee has various duties including developing policies and procedures, providing linkages and coordination with treatment providers, community resources, and the courts, assisting the court in identifying individuals who may be suffering from mental illness, data collection and reporting, and facilitating a treatment team meeting each week. Jaimee is also a member of the Drug Free Collaborative, Ottawa County Council on Health & Social Concerns, and is the Stepping Up Coordinator for Ottawa County.

Jaimee can be reached by email at jprieur@co.ottawa.oh.us 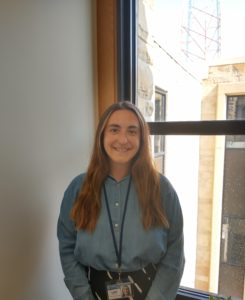 Prior to full-time employment with the Ottawa County Court of Common Pleas, Leah interned with the Court as the DATA Program Coordinator Intern. Through that experience Leah knew the career path she wanted to pursue.

Leah accepted the position of DATA Program Coordinator for Ottawa County Court of Common Pleas in May of 2021. In this position, Leah regularly meets with DATA Program participants, coordinates with treatment providers, members of the treatment team, and community resources; as well as assists in identifying those with addiction who could benefit from the DATA Program. Other responsibilities include maintaining participant files and data, attending and facilitating weekly treatment team meetings, and assisting in programs related to the Specialized Dockets. Leah is also a member of the Drug Free Collaborative.

Leah can be reached by email at lbrookins@co.ottawa.oh.us