The Ottawa County Common Pleas Court Adult Probation Department is located on the 3rd Floor of the Courthouse.

The role of the Probation Department is to supervise Offenders placed on Community Control/Probation, Intervention In Lieu of Conviction, Judicial Release, and the Specialized Dockets Programs. The Department is responsible for upholding community standards of safety and protecting the public, along with rehabilitating Offenders. Probationers are referred to services with local agencies to assist with substance abuse treatment, mental health issues, physical health care, group recovery support and other support systems, housing needs, vocational services, educational needs, parenting and family concerns, financial resources, crisis resolution, and recreational involvement.

All Probation Officers also serve as Bailiffs of the Court, perform all drug testing services, and conduct all Pre-Sentence Investigations and Reports. 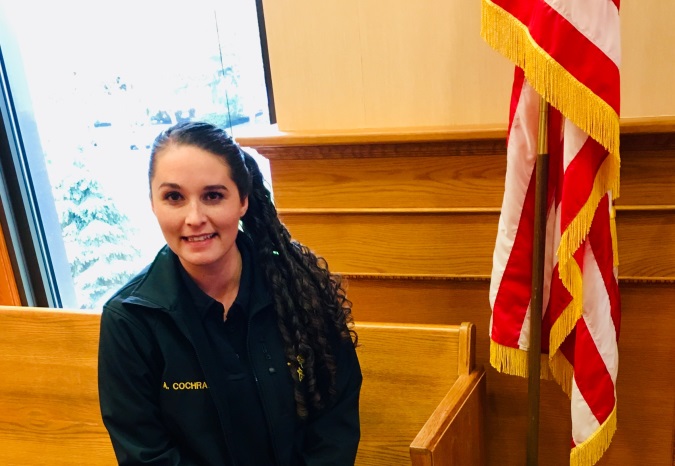 Andrea Cochran earned a Bachelor’s Degree in Criminal Justice from the Tiffin University. Prior to working with the Court, Andrea worked with the Ottawa County Sheriff’s Office in both the corrections and administrative division.

Andrea accepted began working for the Court in 2018 and accepted the position of Chief Probation Officer in 2021. As Chief Probation Officer, she is responsible for the operation of the Adult Probation Department, which supervises individuals on Bond, Diversion, Intervention in Lieu of Conviction, Probation, Intensive Probation Supervision, Drug Court, and Mental Health Court. In addition, the Adult Probation Department is responsible for preparing Pre-Sentence Investigation Reports and Reports for the Court regarding Motions for Judicial Release and Motions to Seal Records.

Andrea can be reached by email at acochran@co.ottawa.oh.us 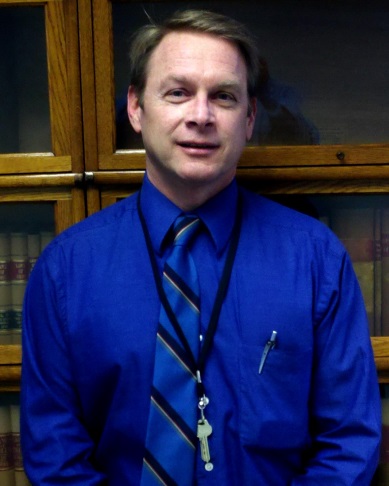 Prior to accepting a position with the Ottawa County Common Pleas Court, Michael was employed as Title IV-D counsel with the Ottawa County Child Support Enforcement Agency.  He represented the Child Support Enforcement Agency in various proceedings against individuals who owed child support.  Michael also has experience working with the Wood County Public Defender’s Office and the City of Findlay Law Director’s Office.

Michael accepted the position of Probation Officer and Deputy Bailiff with the Common Pleas Court in 2010.  As a Probation Officer, Michael supervises various individuals who are sentenced to probation by the Common Pleas Court Judge.  He assists the individuals with obtaining any necessary counseling services, completing community service, and seeking and maintaining employment.  In addition to his duties as a Probation Officer, Michael also acts as a Deputy Bailiff for the Court and is responsible for calling court and preparing various entries for criminal cases.

Michael can be reached by email at mpatterson@co.ottawa.oh.us 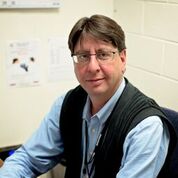 Richard Dale is a graduate of Anderson High School in Cincinnati, Ohio. He earned both an Associate’s Degree of Applied Science and a Bachelor of Science Degree in Criminal Justice from the University of Cincinnati. He has served in and was honorably discharged from the Ohio Army National Guard.

Prior to working with the Court, Richard worked with federal and state halfway houses for the State of Kentucky Bureau of Prisons and for the United States Cabinet of Corrections. He also served as Senior Paralegal for Manley Burke, LPA, a law firm in Cincinnati, Ohio.

Richard accepted the position of Probation Officer in 2012. He is responsible for overseeing the Courts, Probation, Pretrial, and Pre-Sentencing drug and alcohol testing. In addition to these duties, he also completes pre-sentence investigations for individuals who have been found guilty or have plead guilty to various crimes that have occurred in Ottawa County. He also supervises individuals whom live outside of Ottawa County and facilitates probation transfers.

Richard can be reached by email at rdale@co.ottawa.oh.us 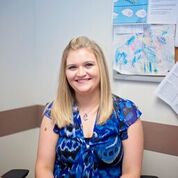 Mallory Schraidt attended Bowling State University, where she earned a Bachelor of Science in Criminal Justice and a Minor in Psychology.

Mallory began her career with the Ottawa County Common Pleas Court in 2012.  In 2020, Mallory began supervising individuals who are placed on the Intensive Supervision Program (ISP) by the Common Pleas Judge.  This supervision includes assisting probationers with obtaining counseling and treatment services, facilitating the completion of community service hours, monitoring compliance with probation, and ensuring all other conditions that are imposed by the Judge are enforced and completed.  Mallory is also responsible for conducting the female drug screens for the Court.  As a Deputy Bailiff, Mallory is responsible for calling Court and preparing various entries for criminal cases.

Mallory can be reached at mschraidt@co.ottawa.oh.us 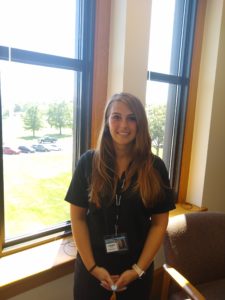 Prior to working in the Court, Jackie worked in the Cuyahoga County Common Pleas Court as a Probation Officer in the High Risk Unit.

Jackie accepted and began working for this Court in 2021 as a Probation Officer. Jackie supervises individuals on Community Control and helps provide them with the resources necessary to better themselves.

Jackie can be reached at jbaer@co.ottawa.oh.us 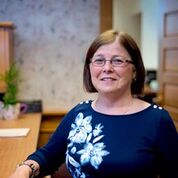 Jean Deis is a graduate of Port Clinton High School and a life-long resident of Port Clinton.Prior to working for the Adult Probation Department, Jean worked in the legal profession as a secretary for Moon, Moon, and Norbirtt for 17 years.  She has worked as a paralegal specializing in of law in real estate, probate, and adoptions with Cooper, Straub, Walinski and Cramer in Toledo, Ohio. She has also served as the Clerk of the Ottawa County Municipal Court and a Clerical Specialist with the Ottawa County Department of Job and Family Services.

Jean was hired as the Adult Probation Secretary in 2003. Her various duties telephone management for the Probation Department, contacting and communicating updates to other law enforcement agencies, assisting in the completion of records checks, maintaining and managing all probation files, ensuring payment of bills for the Probation Department, preparing penalty sheets for new indictments, and assisting in the drug testing program.

Jean can be reached by email at jdeis@co.ottawa.oh.us.

The Adult Probation Department utilizes innovative technologies and programs to assist in the supervision of Probationers. These include ensuring community service completion, utilizing electronic monitoring devices, and case planning with each Probationer.

Following each drug test, Offenders and Defendants will be informed if the result of the test was positive or negative. Positive tests will be sent to an independent lab for verification. The cost associated with each test is $5.00. For each positive result, an addition $10.00 is charged per substance for lab verification. All costs will be added to a probationer’s or Defendant’s Court costs.

All Probationers and Defendants with pending criminal cases are subject to drug testing. The Drug and Alcohol Testing Policy is signed by Defendant and provides additional information and instructions. The testing line can be reached at 419-734-6893.

Prior to sentencing, Defendants are supervised using bond services and monitoring, and are subject to a Presentence Investigation.

All Defendants are subject to a recommendation from Bond Commissioner. Defendants are given standard conditions of bond, which include a curfew and random drug testing. Special conditions may be added to include GPS or SCRAM monitoring, no contact with a victim or Co-Defendant, no driving, surrendering of passport, daily reporting, and medication compliance. Bond monitoring involves the daily, weekly, or monthly reporting of Defendants released on bond.

Once a Defendant enters a plea of guilty to a felony offense or is convicted at trial, a Pre-Sentence investigation is ordered and conducted by the Probation Department. The ORAS (Ohio Risk Assessment) tool is also used to determine an Offender’s risk to reoffend, as well needs, in order to assist the Offender in changing behavior.

Defendants will first be asked to complete paperwork and return it to the Probation Department. Next, the Offender is interviewed and information is gathered on the Defendant’s criminal history, education, employment, financial situation, family and social support, neighborhood, substance use, peers, and attitudes toward the crime committed. Finally, all information in the report is verified and relevant information from a variety of parties, including law enforcement and other probation departments, the victims, family and friends of the Defendant, medical and mental health and addiction treatment providers, and employers is obtained. In addition, reports are collected from various sources, including school reports, financial reports, and criminal background data.

The Prosecutor’s Office oversees the Diversion Program of the Court. They can be contacted at 419-734-6845 for additional information, or by the website.

Intervention in Lieu of Conviction

Intervention in Lieu of Conviction (IILC) is utilized when the drug and/or alcohol usage by the Defendant was a factor of the criminal offenses that the Defendant has been charged with. It is also available to Defendants, who at the time of committing that offense, had a mental illness or were a person with intellectual disability. Defendants must be motivated to participate in and want treatment. In addition, the following conditions must apply to qualify:

In order to apply, a Motion for Intervention in Lieu is filed by Defense Attorney and the Defendant’s Affidavit is completed, notarized, and turned into Adult Probation. The Adult Probation Department will interview the Defendant and administer the ORAS. In addition, they will determine if the Defendant statutorily qualifies and is appropriate and will make a recommendation to the Court.

If the request for IILC is granted by the Court, the Defendant’s plea of guilty is entered. Generally, Defendant are expected to comply with general conditions of community control and special conditions, such as complete treatment, group recovery meetings, medication compliance, restitution, and community service.

If IILC is successfully completed, the case against the Defendant will be dismissed. If the Defendant fails to comply with any term or condition, a hearing will be held to determine if a violation occurred. If the Court determines there was a failure to comply, a finding of guilty will be imposed and the Court will proceed to sentencing.

Defendants are eligible for community control, provided they are not convicted of an offense requiring a mandatory sentence. There is a presumption of community control if offense is Felony 4 or 5 and there is no exception, such as the following:

After entering a plea or pleas, Defendant is referred for Pre-Sentence Investigation, where he/she meets with a Probation Officer and the ORAS is administered. Defendants are placed on Community Control for typically 3 years.

While on probation, Defendants must comply with General Conditions of Community Control and other special conditions, which may include SCRAM/GPS monitoring, treatment, and Thinking for a Change.

If Defendants fail to comply with these conditions, a Complaint of Community Control can be filed by the Adult Probation Department or a Motion of Violation can be filed by the Prosecutor’s Office. The matter will proceed to Hearing and Disposition.

The Intensive Supervision Program (ISP) is generally for Offenders who have failed at standard Community Control and require more intensive supervision. These Defendants are likely enrolled in other programs such as Specialized Docket Court, Intensive Outpatient Programming, and Thinking for a Change.

Defendants whom are sentenced to the Ohio Department of Rehabilitation and Corrections may be eligible for Judicial Release. Depending on the sentencing offense, Judicial Release may be granted if the legal eligibility is met, a favorable institutional report is provided, and appropriate resources are available in the community.

Sealing of a Record